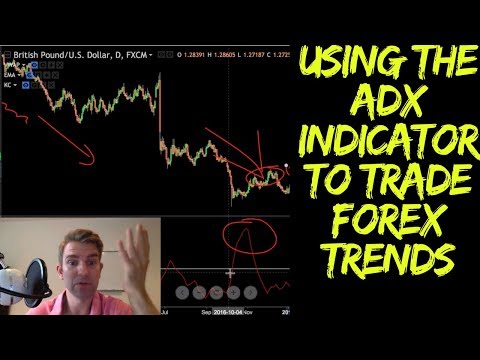 Day #2 of my Forex Journey

Real quick before I get into my next steps of my FX Journey, id like to say thank you to all the people who commented on my last post! All of the tips I got were really eye-opening and introduced me to different parts of FX trading that I didn't even know existed. So thank you so much, and I hope to get more interesting feedback from you guys in the future! Also Im going to probably change my writing frequency from daily to biweekly. I think writing about every little trade is not going to be as beneficial to me as writing about my overall progress at certain points throughout the week.
I started this trading day out by learning up on order flow. A whole bunch of you guys suggested really interesting youtubers to watch, and I started with Mr. pip's series on order flow. After I finished up watching a few of his videos, I started to tweak my trading plan so that I could get in some chart time. I changed currency pair from EUUSD to the AUD/USD, the time frame from the 4 hour to the 1 hour, and my indicators from RSI, Stochastic, 2 SMAs and ADX to ATR, RSI, and Ichimoku Kinko Hyo. I also added a little fundamental analysis in my trading plan because I think that I am being far too reliant on my indicators. I planned to check the economic calendar and determine the general trend of the currency pairs that are strongly correlated to the AUD/USD before I began my chart analysis. In addition to all of my analysis, I tried to practice using the techniques I learned in Mr. Pip's videos and analyze the order flow of the chart. Even if my analysis of order flow is wrong, as long as I am getting practice I am learning.
Eventhough I planned to use today to back-test indicators and find a solid new plan, I did not have enough time. I ended up getting on my demo account really late in the day, and started to force myself to enter a trade. Destructive habits like this could lead into some massive issues when I eventually get into live trading. To combat this harmful attitude specifically, I will restrict myself to trading on certain parts of the day (for example session overlaps, news releases, and earlier in the day). Despite this mistake I still continued with my trading strategy. I calculated all the currency correlations for AUS/USD using the past weeks economic data, and set my indicators in place. After checking the overall trend of the most strongly correlated pairs (Positive: EUUSD, GPB/USD, Negative: USD/CAD, USD/JPY) I started to analyze the order flow. All the correlated currencies, except for EUUSD, indicated that the AUD/USD would fall, while my order flow analysis indicated the opposite. Seeing as though I am extremely new to order flow, I dismissed this analysis, and ended up forcing a trade on the AUD/USD going short when my indicators seemed to line up correctly. I learned from last time that I should not alter or close my trade purely based on emotion, and to just wait till the market hits my stop loss or take profit. I included a trailing stop loss of 60 pips this time, but I have no evidence to base that number range on. The trade is currently open and I am down about 30 pips.
Although I am not labeling this trade as a loser yet, I can definitely see a lot of holes in my trading strategy. The most obvious mistake in my eyes right now is my use of indicators. Currently all my trades are purely based on what my indicators say, and since I do not have any back-tested data to support the credibility of my indicators, it feels a lot like strategic gambling. Another issue is that I feel far too reliant on indicators alone. I think that if I can find ways to include various types of analysis efficiently and evenly in my trading plan I will become a much more skillful and well-rounded trader. In order to combat these two issues I will begin forming various types of trading strategies this weekend and back-test them all extensively. I also plan on researching more on price action, order flow, and Naked Forex.
Once again any and all feedback is welcome. I am just beginning Forex, but it had been a huge passion of mine and I don't plan on stopping anytime soon.

Tried to make a living out of Forex...Broke the account in the second month.

So, a few months back I saved some money and decided that I would be able to make a living out of forex making 12.5% per week, that was 2.5% per day from monday to friday.
I had been in the Forex for six month in that time, with only $100 dollars account, and I had broke my account twice (One for not putting Stop-Loss and the other for not controlling my loss in revenge anger) But in the end I managed to make three months in a row making about 40-50% per month, and that was to me the sign that I had figured Forex.
I used a combination of MACD, RSI, ADX. And always kept the lookout for the candlestick patterns, I also used Bollinger bands, but I never really checked them. My main Indicator though was the MACD, the rest was the confirmation I required. I negotiated only EURUSD and I worked with a 1:100 margin using a policy to hold 2,5% SL if I wasn't cofindent in the play but the indicators were saying I should go, and 5% if I was confident and the Indicators confirmed. I've made arrangements in my job and I saved enough money to live the way I am for one year and to put $2.000 in my Forex Account. My plan was to only start taking money out of the account after six months of gains.
I quit my job in June, and 4th of July I started trading. First month I did well and got 50% even before the second week of the month, in the end of July I had $3.475,68 in my account. My confidence was high as was my spirit, everybody I talked too I would say how I found way to do something I loved and if I could keep my goals I would be a millionaire in less than five years; To everyone saying It was very risky I showed my gains from the first month and said I knew what I was doing.
And then August came. First week of August I had three losses in a row, amounting to $400, and so I decided to take a quick break. One week reading and searching for what was wrong. When I cameback I had in me belief that I was going to make a good position on EURUSD. I don't know what I was thinking but I opened a position and I spike on the otherway around made me shiver so I moved the SL, believing it would eventually go the way I was planning; That day I went to bed and woke up with $1.000 less in my account, I was back to my starting $2.000 pretty much.
What followed this week was the worst series of trade I ever did, each one pushing to lose even more. First I did a series of trades that downed me to $1.500, than I did a big trade that put me at $800, I managed to land a very good trade that took me all the way back to $1.400 and trying to duplicate the miracle I lost $800 in one single trade. Yesterday I lost $500 and right now I have $72 in my account.
I don't know what I was thinking, I completely lost any of the things that made my set-up work, and now I've lost any chance to go back to where I started. I was overconfident and angry, and I know I have only myself to blame. I just needed to vent it to someone, and the worst part is that I'm ashamed to tell the people I've been bragging about the past month, to admit that I was not only wrong, but I lost everything on it as well. Guess I'l have to go back looking for a job and just suck it up.
Thank you for reading all this way, and sorry for any grammar mistakes, I'm actually from Brazil and my english is not that good.

Been studying/reading/demo trading forex for a number of months now. Is looking for a consistently profitable algorithm like looking for the holy grail?
I have tried some very simple-minded approaches, and they are either not profitable over several months, or in the end I would make as much in one of the months as I would the past year.
My question is, what might such a strategy look like? Is there such a thing as a consistently profitable algorithm?
I am not going into specifics on what I have tried, but am looking for very broad ideas. What I have tried (please forgive me as I am just starting out): basic moving average crossovers, moving average crossovers in conjuction with the ADX indicator, or RSI, or MACD. No combination seems to work that well.
Any recommendations on sets of indicators / approaches to try to build a consistently profitable system?

What is the ADX indicator? The Average Directional Index (ADX) Indicator, is another example of an oscillator. The most common use of ADX indicator is to determine the market trend either it is... The ADX indicator is a popular trend indicator and it provides information about momentum and trend strength. As you will probably know, the ADX indicator comes... All about Trading in Forex and Binary Option Marked. HOW TO TRADE WITH ADX INDICATOR ----- Disclaimer: Videos and other ma... How to Use ADX to Identify Forex Trends. http://www.financial-spread-betting.com/course/technical-analysis.html PLEASE LIKE AND SHARE THIS VIDEO SO WE CAN DO...