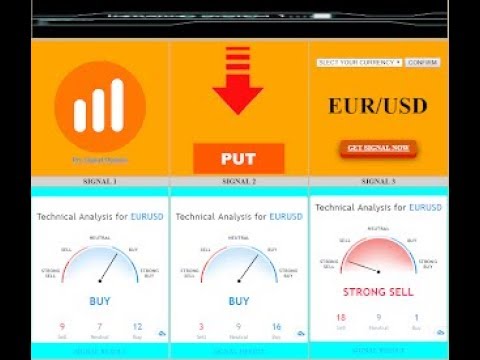 NOTE: The performance tied to the desktop view and resolution are IDENTICAL to Fallout:4 vr's release for precisely the same reasons. Except, the fix will be even better! Some improvements here:

This is another edit, Thursday the 22nd "I need to qualify this" edition.

Final edit, Tuesday's coming edition, did you bring your coat?

I am a banana, interloper.
Many things have changed and you can get away with a lot more now since the fixes are fast and furious.
Here's a concise step by step guide to improve performance in no Man's Sky VR (and some things will work even without vr). Not everything will work for everyone. Some fixes may make your particular system worse performing.Rift + Intel seems to have more trouble than Ryzen + SteamVR native devices. I'm not responsible if your computer starts repeating 16's at you.
here's what is possible: Does elements look sharper to you? I'm running global HMD in 130% SS and game at 100%. Motion smoothing off. https://i.imgur.com/Jkzf7MN.png
​
-------------------Everything below this line is the old thread with various things I've tried. This gigantic thread is me just dumping my brain on the page with various things I know work based on years of knowledge on how VR can be tweaked, generally. Feel free to read it, but my mind tends to redline the troubleshooting but this thread spins the tires, if you know what I mean-------
happy friday! 8-16-2019:
Things have changed since the last beta patch. I'm testing on a stormy planet with lots going on right next to activity on the map to make sure settings are valid. I'll provide more screenshots.
​
**The app now needs to stay in focus for the best performance. It needs to be on top. Nothing else can be on top. Disable overlays if you're using them, like ovrdrop or ovr toolkit.*\*
0.5) DISABLE GAME MODE IN WINDOWS 10. You can find it in the start menu by typing "game mode". Mine was already off and I didn't realize you guys might need to know that! - This is universally good for vr since it uses a lot of background processes, I've found. as always, if you find it worse turn it back on.
Experimentation:Something is pretty screwy with the way the game is rendering both eyes in the HMD.
*NumGraphicsThreadsBeta value 2 completely knackers the hmd btw. Flickery mess, crash. I still don't know what it does.*I'm also going to try setting the "desktop resolution" in TKGRAPHICSSETTINGS.VR.MXML to the total resolution of the vive later on, 2160×1200, or instead a single eye, 1080×1200. This requires borderless windowed which may reduce performance over fullscreen even though it's not "fullscreen".EDIT: this seems to work at 2160x1200. At least, the game doesn't overwrite the file on me. Same 9.6ms frame timing in "windowed" The menus and other text overlay elements seem much sharper but maybe I'm fooling myself. Gonna try 1080x1200.
Of note it seems that using fullscreen gives the game higher windows application priority.Edit: Here's some proof these settings work, 1080ti, ryzen 2700x, x470 chipset, 32gb 3200mhz ddr4 cas 16, windows 10 1903 insider "fixes/drivers" only.
https://imgur.com/a/rh7ceyb
This is not a unity or unreal app and uses a -native- implementations of OpenVOVRuntime. (and on Vulkan to boot! It's amazing!) The perspective is that hello games has their own game engine, so they don't get the plug and play drag and drop implementation and bug fixes that come with the developer supported plugins for those game engines.
Serious Sam Fusion and Talos Principal are the only other games I know of that work in Vulkan/DX12 and simultaneously steamVR with a native implementation. This is an accomplishment.
The performance is due twofold to differences in 3d on earlier builds of windows 10 differing in the way it handles 3d now, your desktop resolution, your desktop monitor's HZ, and a few other things. Remember this game is fast enough to run on intel embedded graphics now. It just needs tweaking. For one, it appears the Anti-aliasing is done via forward rendering, and instead-computed on the desktop view at the desktop framerate BEFORE pushed to the hmd, along with anistropy which I suspect is why it's blurry, the "pixels" are being effectively smeared out. It's not appearing to be applied directly to the vr compositor view, or there some in between step.
Also, please opt into the experimental beta branch via the password, and consider installing the update to Vulkan via the runtime, just to make sure you're on the current version!! https://vulkan.lunarg.com/sdk/home#sdk/downloadConfirm/latest/windows/vulkan-runtime.exe update your drivers, including chipset!
First, all of this is being done from their experimental fixes branch: To play in Experimental, right-click on No Man’s Sky from the Steam library page and select “Properties”. Among the available tabs will be the “BETAS” tab. Enter “3xperimental” in the textbox and press “CHECK CODE”, and it'll let you in, then select it from the dropdown menu.
Do the following and the game will look better than ever, and you'll get 90hz and stay out of re-projection 99% of the time. The steps are similar to the early days of FO:4.go to C:\Program Files (x86)\Steam\steamapps\common\No Man's Sky\Binaries\SETTINGS and edit TKGRAPHICSSETTINGS.VR.MXML and TKGRAPHICSSETTINGS.mxml and set numhighthreads 8 and numlowthreads 0. Big improvement on the cpu side. Try 4 and 2 if the game doesn't load.
optional:
try turning off ASW if you're on a rift (can you even do that anymore?)
in your steamvr.vrsettings file in your root steam install directory also try adding "allowAsyncReprojection" : false, (comma is important unless it's the last entry) as one of the options. They pulled it. I use the following:


enjoy! if you made it this far, awesome. I haven't even dug into the game's config files, I'm reading that you can improve threaded optimization in the same way so that the cpu load is good too.
edit: here's how to do that - go to C:\Program Files (x86)\Steam\steamapps\common\No Man's Sky\Binaries\SETTINGS and edit TKGRAPHICSSETTINGS.VR.MXML and TKGRAPHICSSETTINGS.mxml and set numhighthreads 8 and numlowthreads 0. Big improvement.
also, a new setting has appeared called " " in the files on the beta. I have no idea what it does. yet.
Interestingly this reminds me a lot of the way NMS was first released, planet loading was timed to spinner hard disks or something and having an SSD actually made going from space to planet real fast kinda laggy. Really interesting how software development works. (It's what I do for a living, actually! I'm paid to find the reasons for, and the solution to, bugs in software ;) )
edit 2, I'm home from work edition: one very confirmed oversight right now is that they're not opting to cull the render of the nose cutout for your specific hmd. This results in roughly 20% performance loss off the top, confirmed by valve engineers. They're using an old version of the runtime.
as confirmed by Alex himself, the principal graphics software developer for steamvr at valve. https://twitter.com/AlexVlachos/status/1161871180103421952
edit 3, happy weekendhttps://imgur.com/a/p9ZmcDq this settings has reduced some shimmering for me.